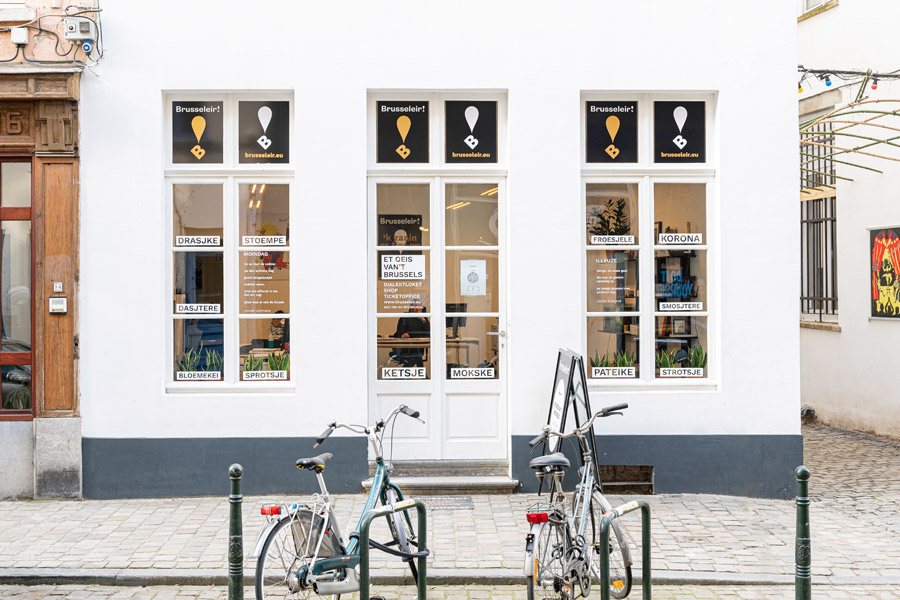 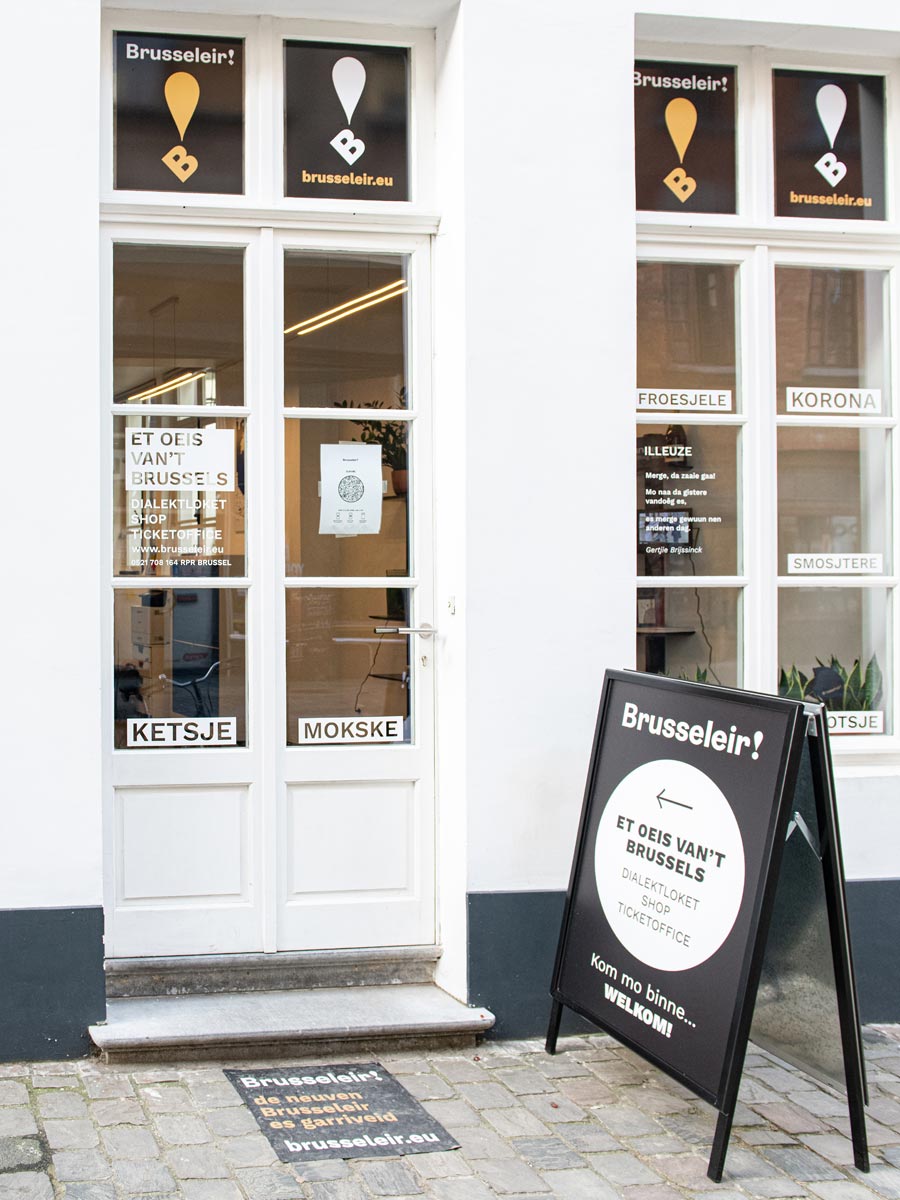 The House of the Brussels dialect is in the Rue de Flandres 98, 1000 Brussels and is the nerve center for Brusseleir!, integrating:
– a reception desk
– an office
– a shop
– a dialect counter