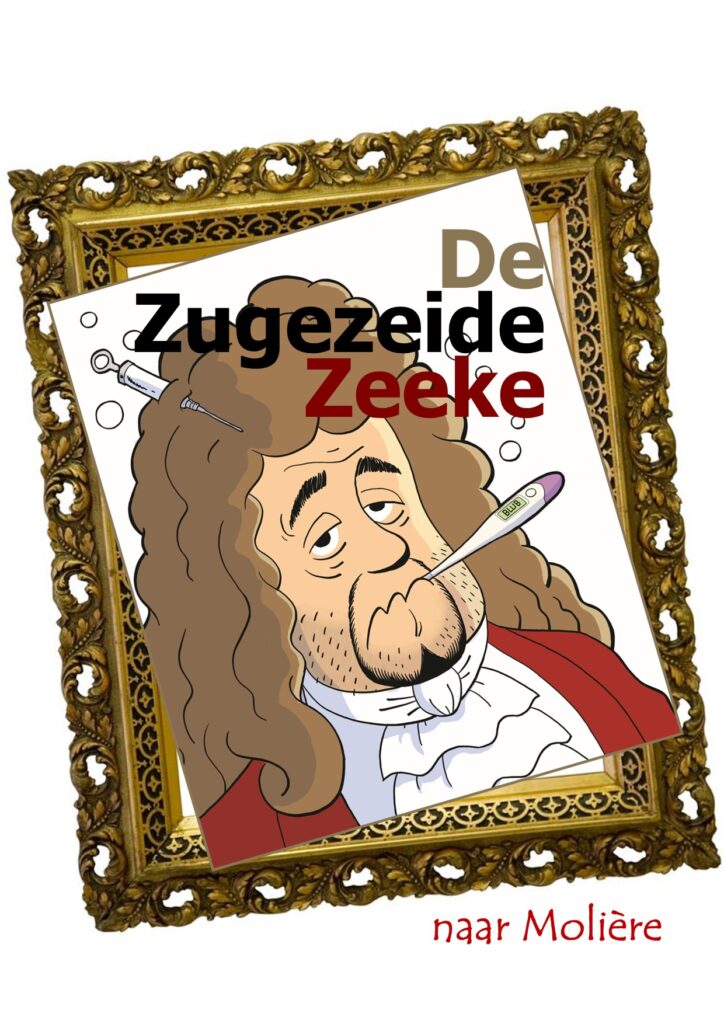 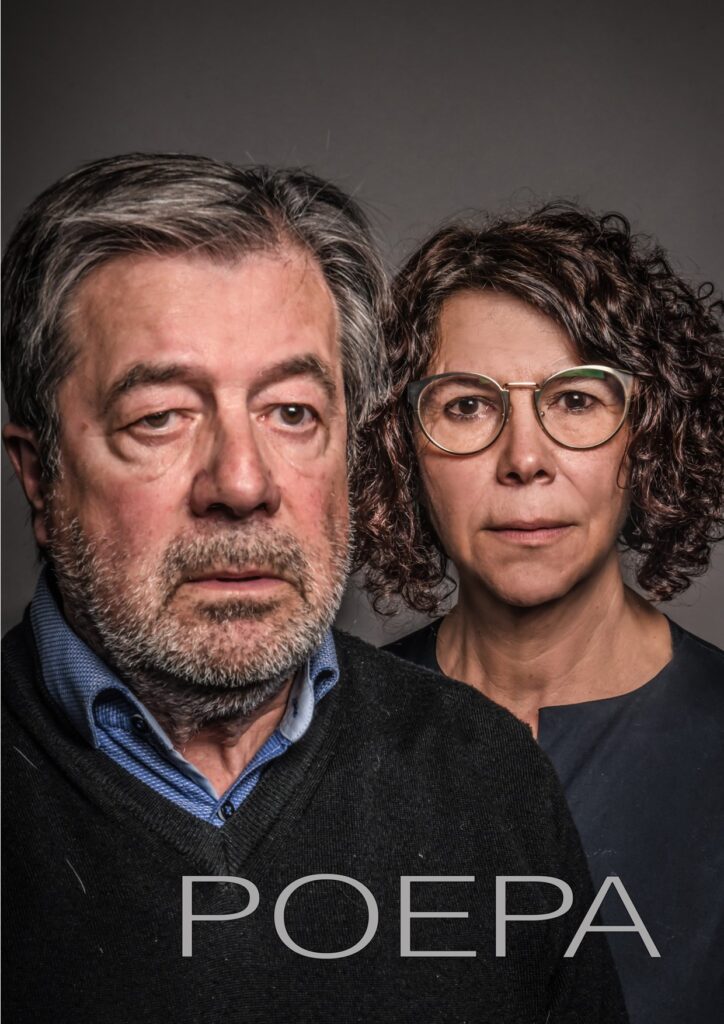 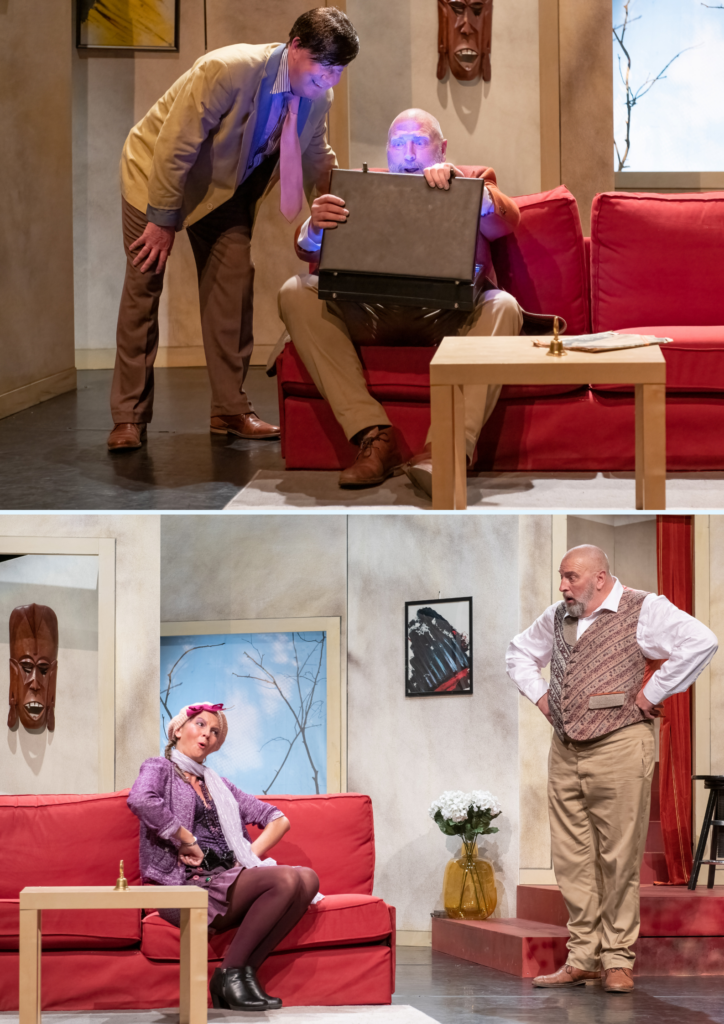 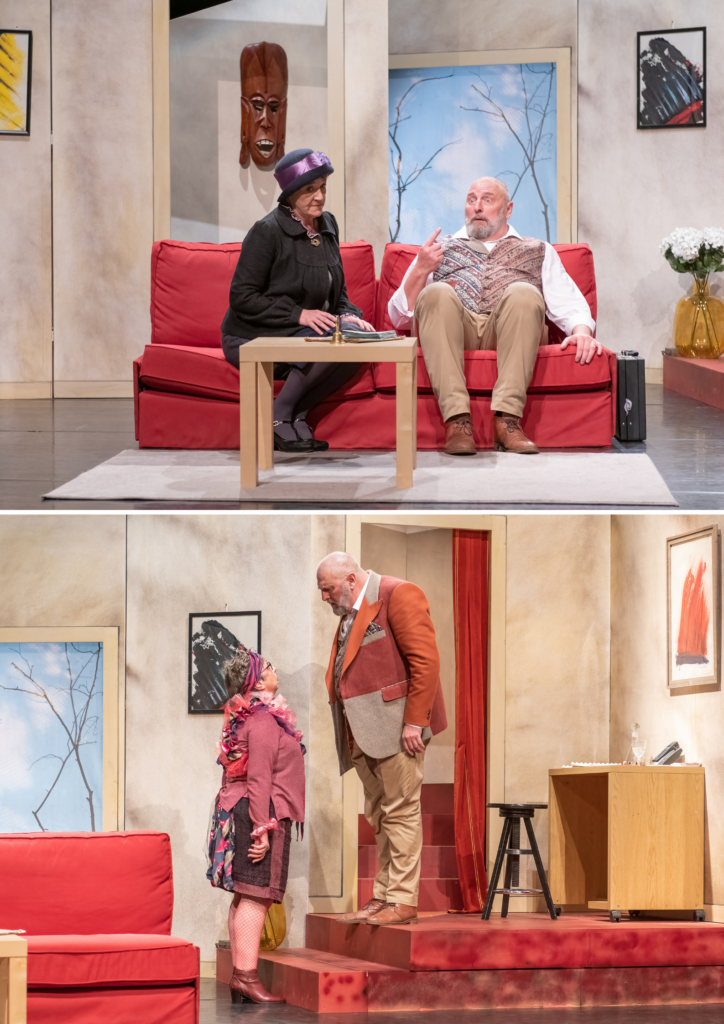 RESERVATIES
Vanaf dinsdag 6 september 2022
Elke dinsdag, woensdag en donderdag van 9u tot 12u via 02/502 55 09
of via tickets@brusseleir.eu of via de website: www.brusseleir.eu 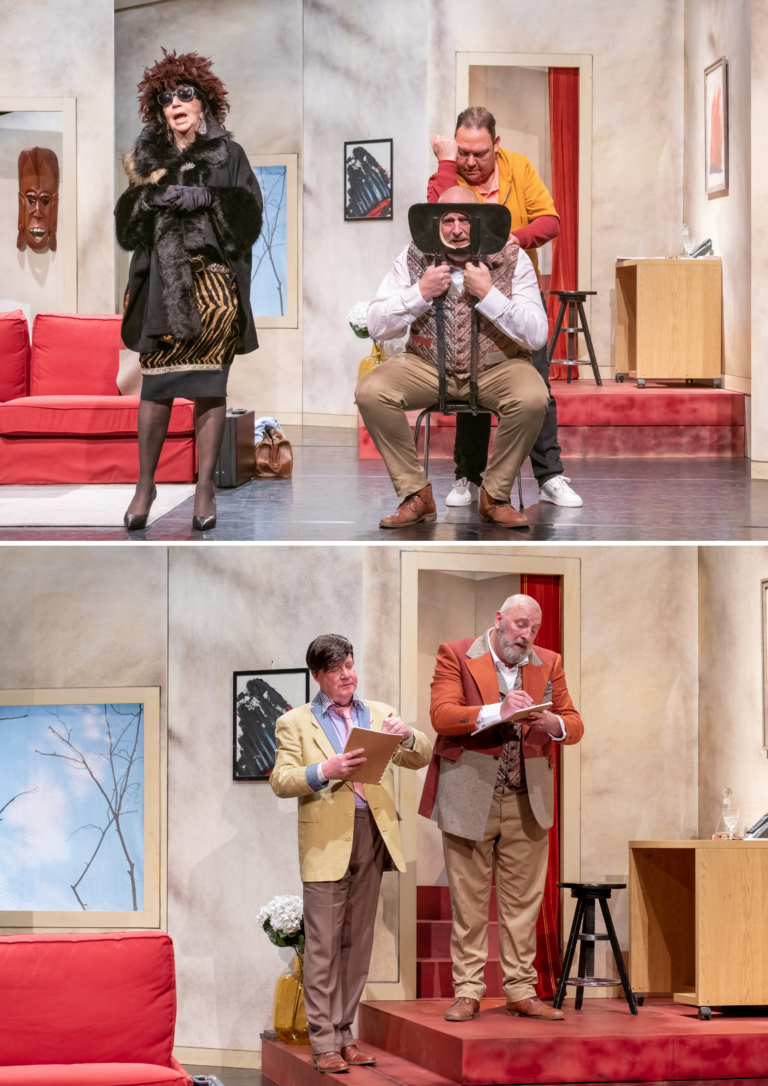 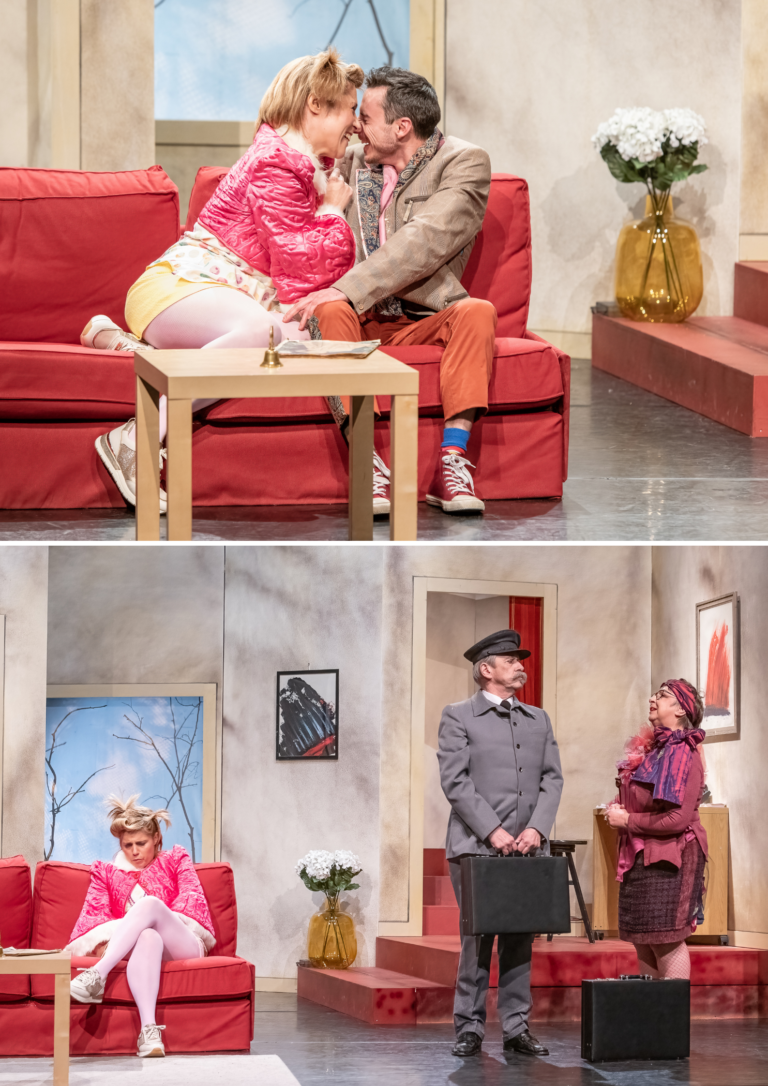 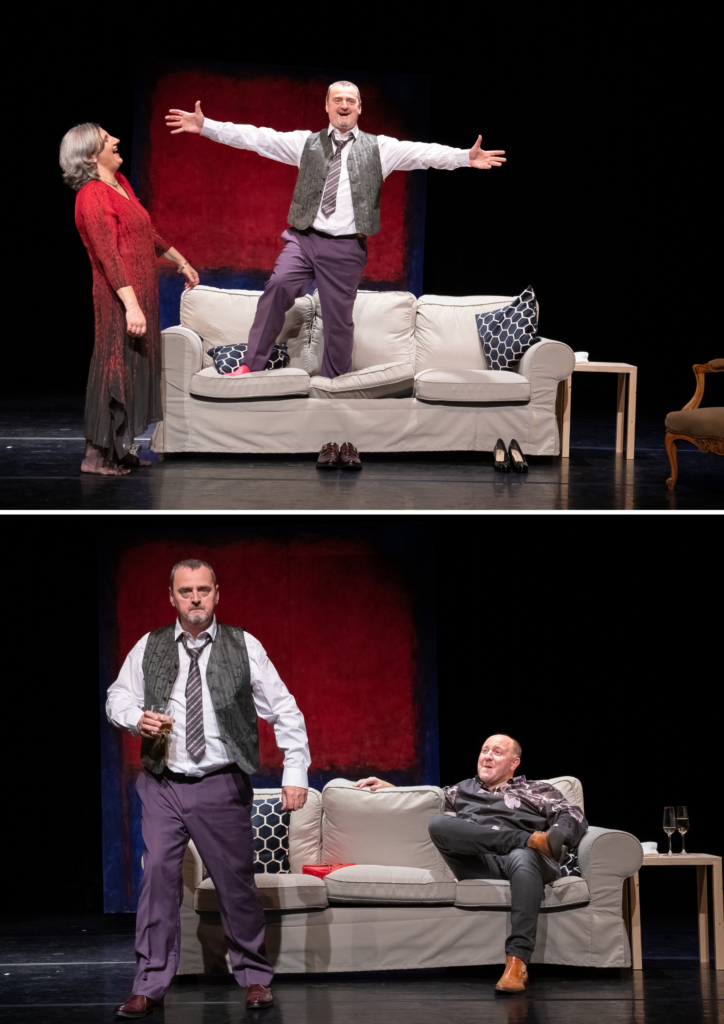 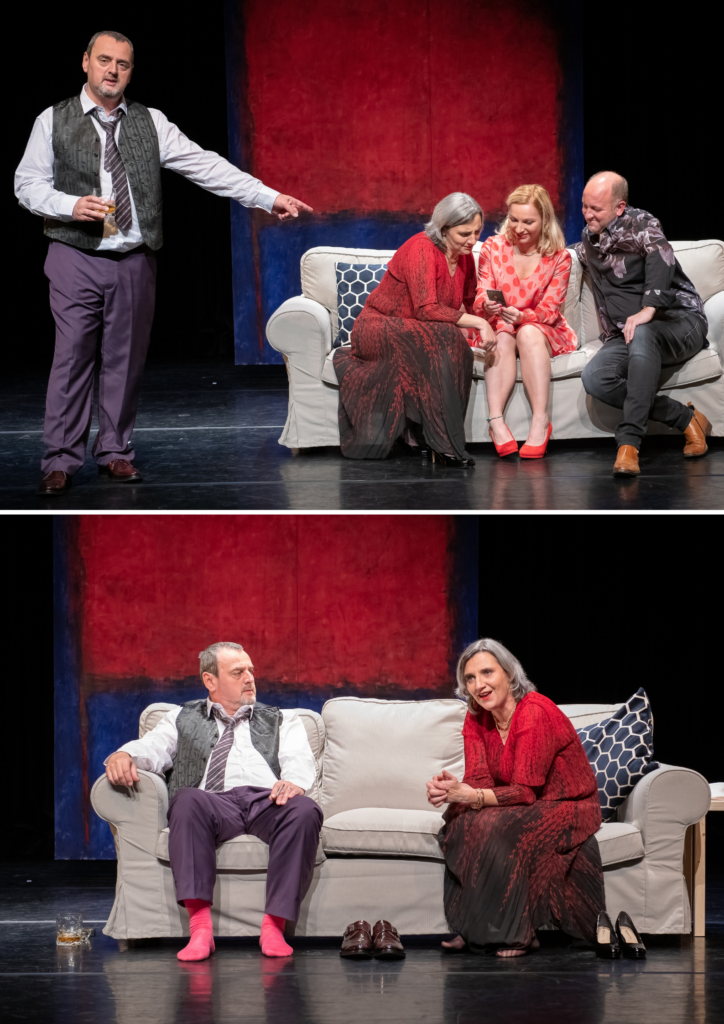 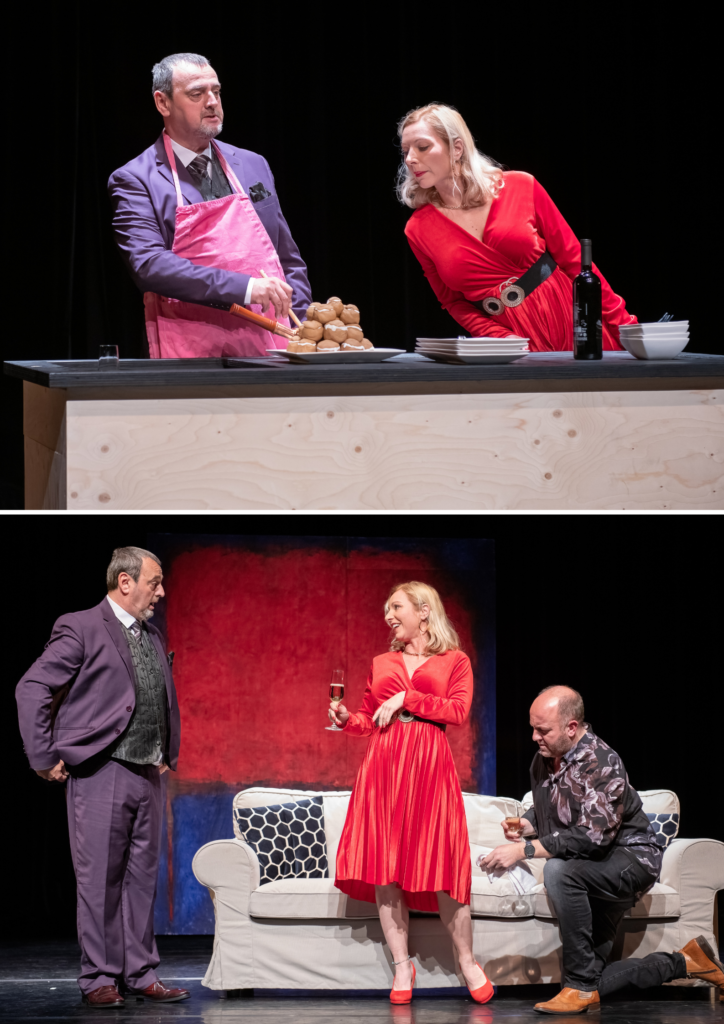 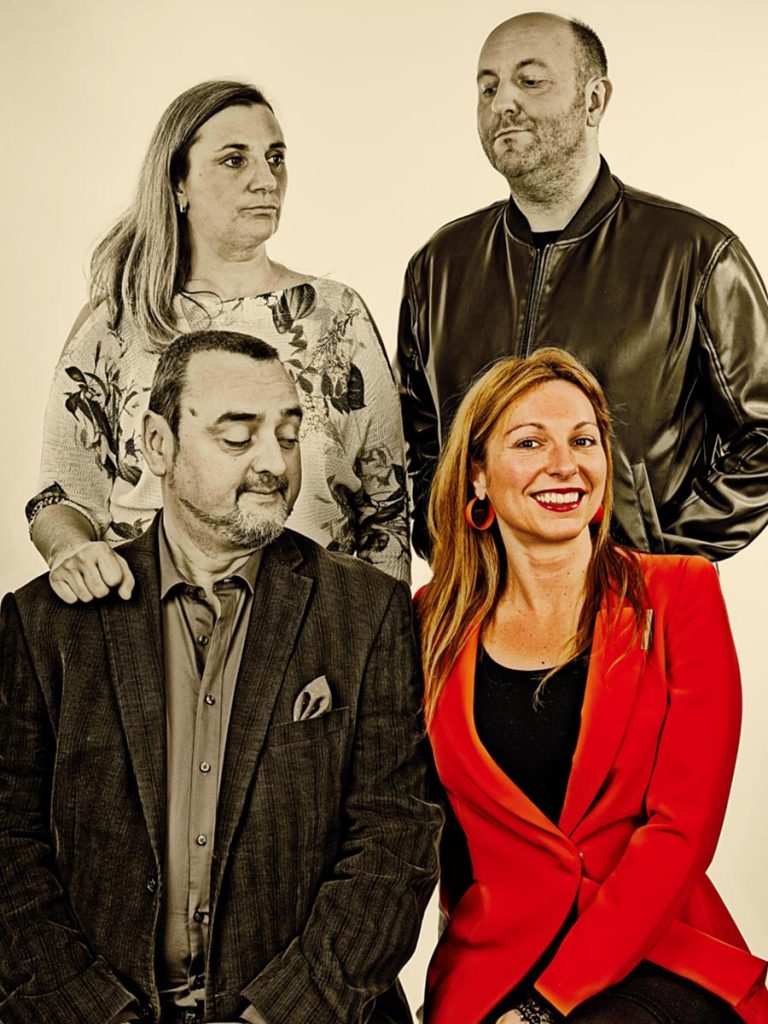 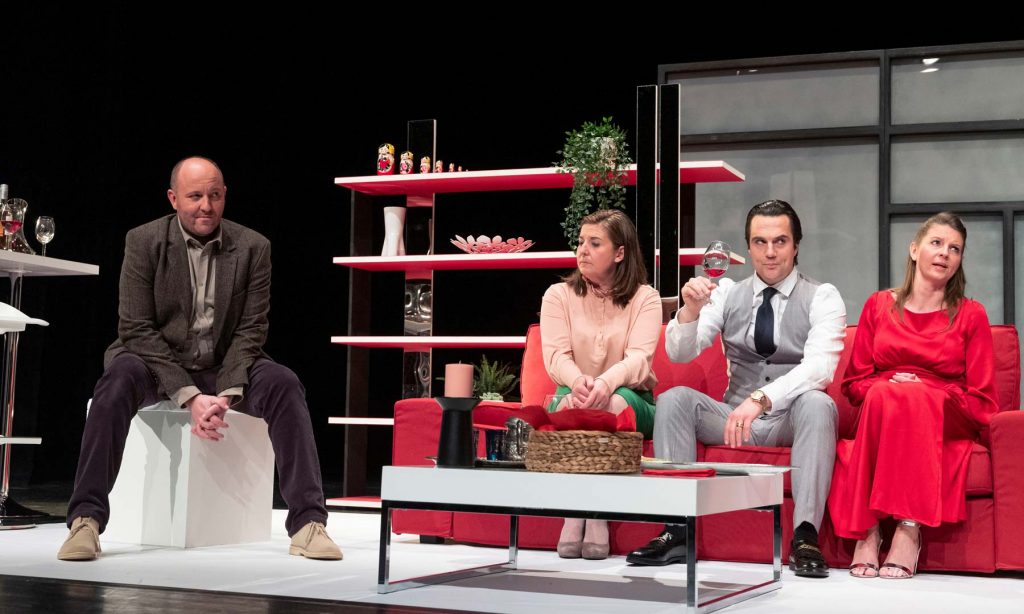 ’N Vlooi In A Uur

is a comedy by the famous French playwright Florian Zeller, integrating common conversation with the secret thoughts of the characters.  “If we do not always think what we say, do we always say what we think?”
The play, translated into Brussels dialect by Claude Lammens:

When Patrick announces to his friends Daniel and Isabel that he intends to introduce them to his new young girlfriend Emma, for whom he dropped his wife Laurence, also Isabel’s best friend, everyone agrees this is a good idea. Emma’s appearance strikes Daniel and Isabel like a bomb in their heads. Certainties turn into doubts, inducing frustration and jealousy. The evening of many truths…

“Moeste weite wa da’k paas” shows all the features of a good boulevard play. The focus is less on what is said than on what isn’t.

It is original as the public is the witness and the collector of the thoughts of the characters.  The actors are permanently juggling with double intentions and meanings, thus creating a hilarious, cruel and amazing truth.

“L’envers du décor” was written by Zeller in 2017 for Daniel Auteuil and had its first in Le Grand Theatre in Aix en Provence. Up to last year, Auteuil performed the play with great success in the theaters of Paris.

About your tickets
Important information about tickets booked:
Tickets can be collected at the Zinnema booking office on the day of the show, one hour before the show begins.

Those who booked a treat arrangement are expected two hours before the show in restaurant ‘In den Appelboom’, Appelboomstraat 401, 1070 Anderlecht (restaurant In Den Appelboom: 02/520 73 03).

Brusseleir! does not provide tickets by post.
You will only receive vouchers for the treat arrangement by mail, which will be needed in the restaurant ‘In Den Appelboom’.

Cancellations:
Tickets will be refunded only when a show is cancelled, and only by bank transfer.

Public transport:
Zinnema can easily be reached by metro: line 5, station Saint Guidon (at a 2 minutes’ walk from Zinnema).

Parking during home games of the soccer club RSC Anderlecht
In the stadion’s neighborhood paid parking applies during the day of home games. We advise you to avoid this. Free parking is possible in the street behind Zinnema (Rue Victor Rauter, direction Chaussée de Mons), or from the Rue Wayez onwards.

Our artistic strategy is already made obvious by our theatre company’s name:

Brussels: We play in BRUSSELS DIALECT.

Volks (= Dutch for popular): We play for the people, for everybody. And that’s why we play things that unite people. What unites more than LAUGHTER, thanks to a hoot, a farce, a vaudeville, comedy, absurd or black comedy. In our humor, we always seek the underlaying vision, a wink to man and society.

Theater: theater stands or falls with THE ACTOR. That’s why our actors (most of them are top level amateurs) need to get all possible chances to fully develop their artistic skills (thanks to good coaching and support by the director, the scenographer, dresser, lighting engineer, playing educator…)